It was a great success. Than you !  Go Photo Gallery !

THE TOP OF THE BEST OF JAPANESE QUARITY

For the people that be proud of own country,and challenge into the world with tough mind. – called ” the modern samurai ” – we want to make the sake. 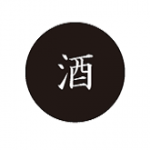 In Kyoto,there is Fushimi city where is the one of the most three major sake brewing places in Japan.

Masuda Tokubee Shoten is located in this Fushimi since 1675, so it has 340-years-old history and earliest Sake brewing in there.
In modern times, for streamlining advances, “identity” of Japanese sake is being lost. However, Masuda Tokubee say  ”「seasonality」 is the most important for those who love sake, and actually it’s the soul.”

In order to protect the identiy of the rich sake taste and continue to cultivate sake culture. Masuda Tokubee Shoten brews sake in only midwinter by handmade.

Actually this is traditional and important Japanese sake brewing way.

Now, this traditional approach of Tokubei Masuda Shoten takes thousands of man-hours.
Thus, This might seem a “freak”.

But、we continue to stick in traditional sake brewing way, for expectaion of people who repect and love sake.This style is the pride of who have brewed Japanese sake for more than 350 years(from 1675).

On the other hand
Tokubei Masuda store began the overseas export of sake from about 30 years ago.
And now, it has been exported to about 20 countries.

For the first time, entered Japanese sake to the Ritz Carlton hotel in Paris is “TSUKINOKATSURA” what is brand of Masuda Tokubee Shoten.

This “GOKUIN RYOMA” is made by Masuda Tokubee Shoten that is one of the sake brewery representative of Japan and made brand “Tsukinokatsura”. 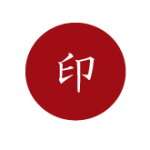